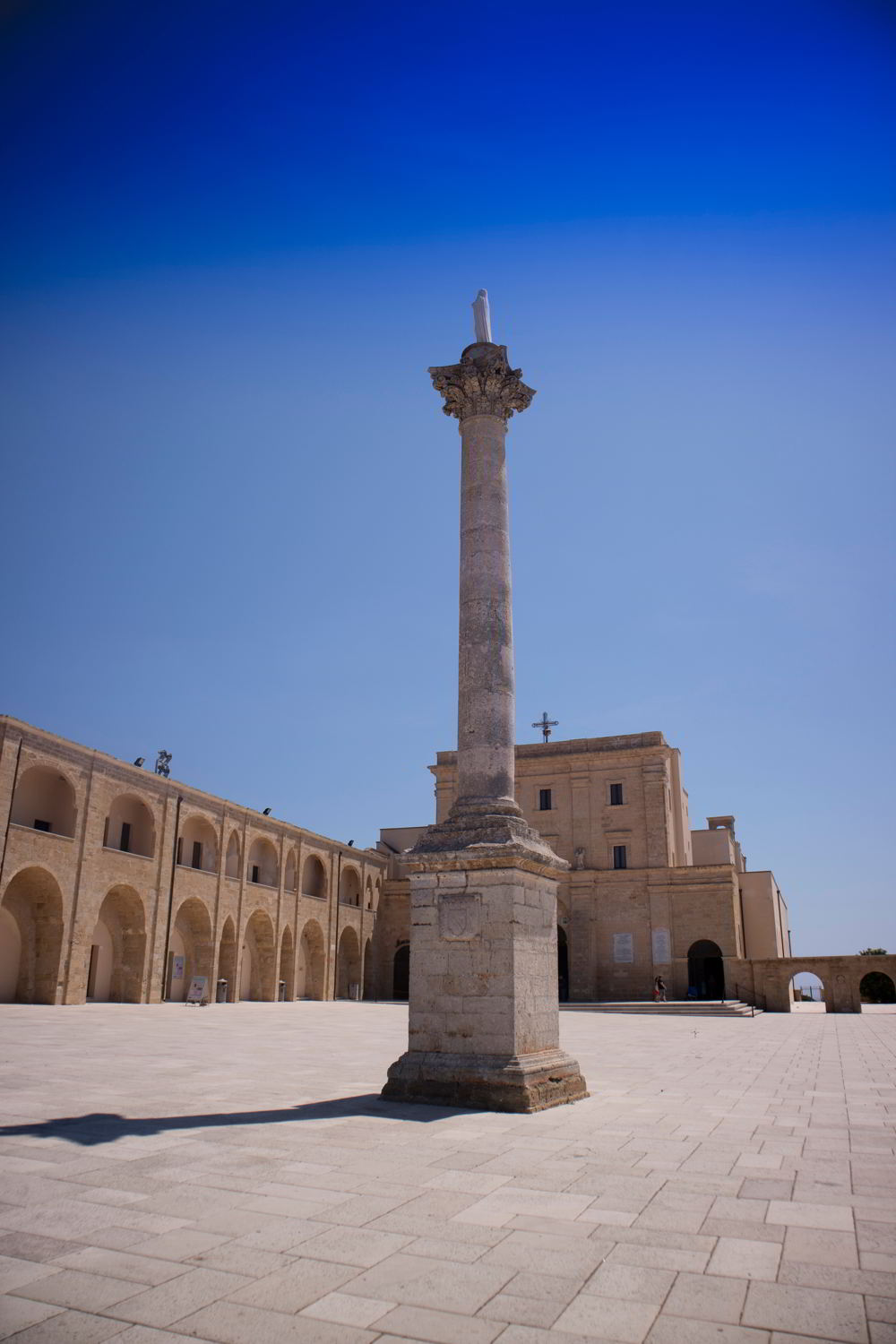 In the southern part of the Salento region, so fascinating for the beauty of its landscapes and the history that can be inhaled among the walls of its hamlets, raises the small town of Santa Maria di Leuca.

The birth of Santa Maria di Leuca: between history and legend

The origins of Santa Maria di Leuca date back to the Bronze Age: a lot of evidences of the period were found in the caves along the jagged coast of Leuca, like La Porcinara, inhabited since the VIII century b. C. The name of the hamlet recalls the Greek sailors blinded by the light (the term leukos) of this land kissed by the sun. It is told that Saint Peter passed from here: the Apostle stopped in this old hamlet, giving it the name of the Virgin. Nowadays Santa Maria di Leuca still has the nickname given by the Romans: de finibus terrae, where the land finishes leaving the space to the infinite sea. Like all the beautiful places, Santa Maria di Leuca too has a variety of legends talking about its birth: it is told that the mermaid Leucasia, who raged her anger on Melisso, a shepherd who did not surrender to her charmer song because he loved Aristula. Leucasia threw their bodies at the two opposite extremities of the gulf: the goddess Minerva, moved to pity, transformed them into stones, creating the two promontories that are today called Punta Ristola and Punta Meliso. Leucasia, because of her regret, killed herself, petrifying, and starting the legendary beginning of Leuca. 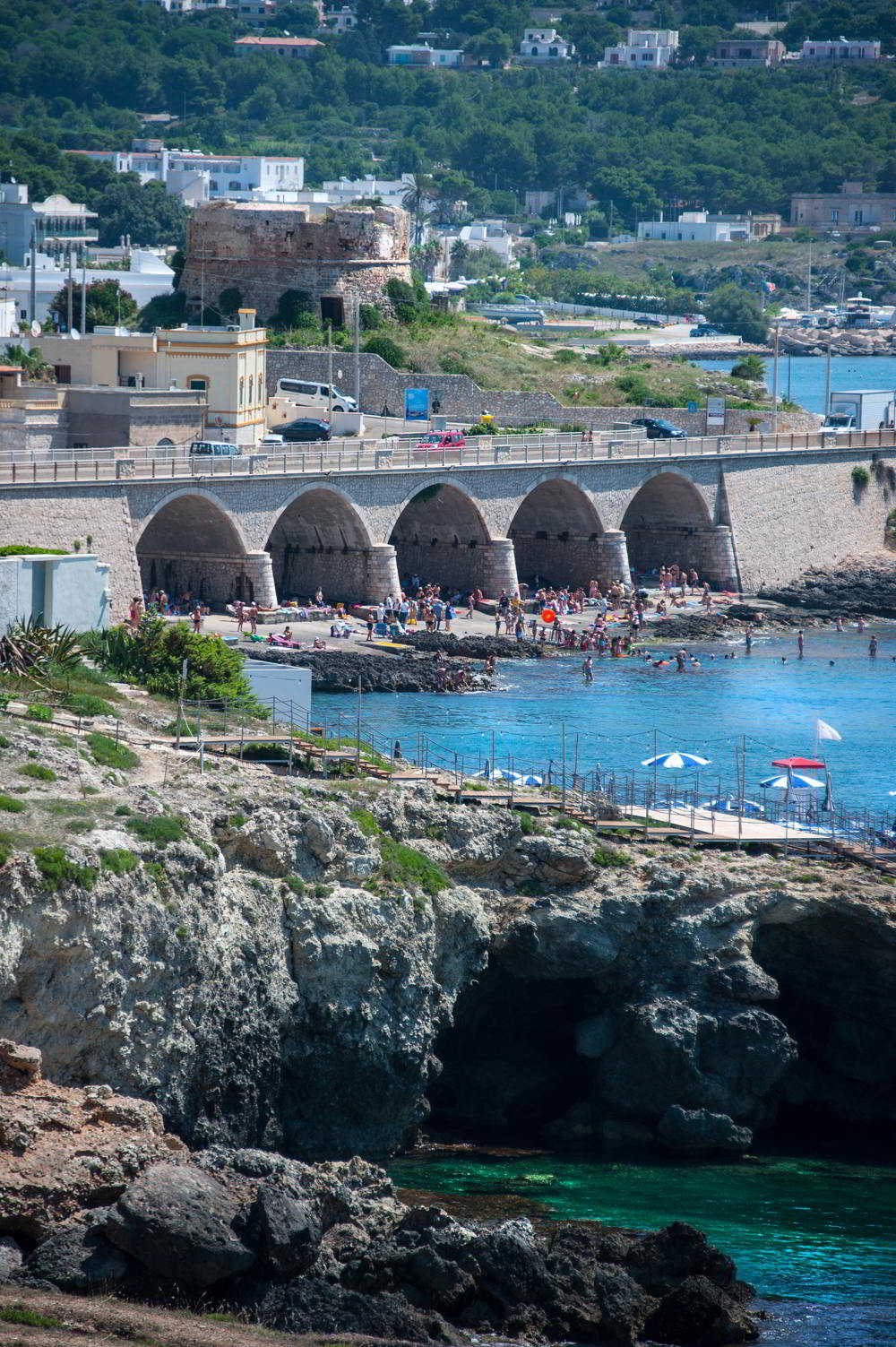 Punta Meliso is the tourist cornerstone of the Salento hamlet, because on that promontory the Faro – Lighthouse - raises before the XVIII century shrine called Santuario di Santa Maria de Finibus Terrae. The sacred building, rich of XIX century frescos and of a beautiful painting by Jacopo Palma il Giovane, overlooks a well-lit square occupied by a column with a Corinthian capital under a cross in memory of the passage of Saint Peter. The view from the square embraces Santa Maria di Leuca: the blue sea and the small harbour, linked to the shrine by the staircase which flanks the Monumental Fall of the Pugliese Aqueduct. At the feet of this hydraulic engineering work, there is a Roman column and a few steps from it, the sculpture “The Transcendence Triptyc” which recalls the legend of Leucasia. A stroll in the heart of Santa Maria di Leuca gives visitors the opportunity to discover a series of XIX century dwellings realized in many different styles and placed into lush yards. The Pompeian style, for example, defines Villa Ruggeri with the solar clock placed on the front; while Villa Episcopo, with its blue and white, reminds a Chinese pagoda. Villa Pia, with its medieval appearance also thanks to the crenellation, and the Moorish Villa Daniele, which shape reminds a ship, are also to be mentioned. These old homes are the core of the event “Ville in Festa”, the feast organized in May to recall the XIX century atmosphere when these buildings were created.
keyboard_arrow_up
CALL
ESTIMATE
BOOKING