Lecce is a city which offers a lot, from different perspectives. The following starting points are useful to realized thematic tours of the city. 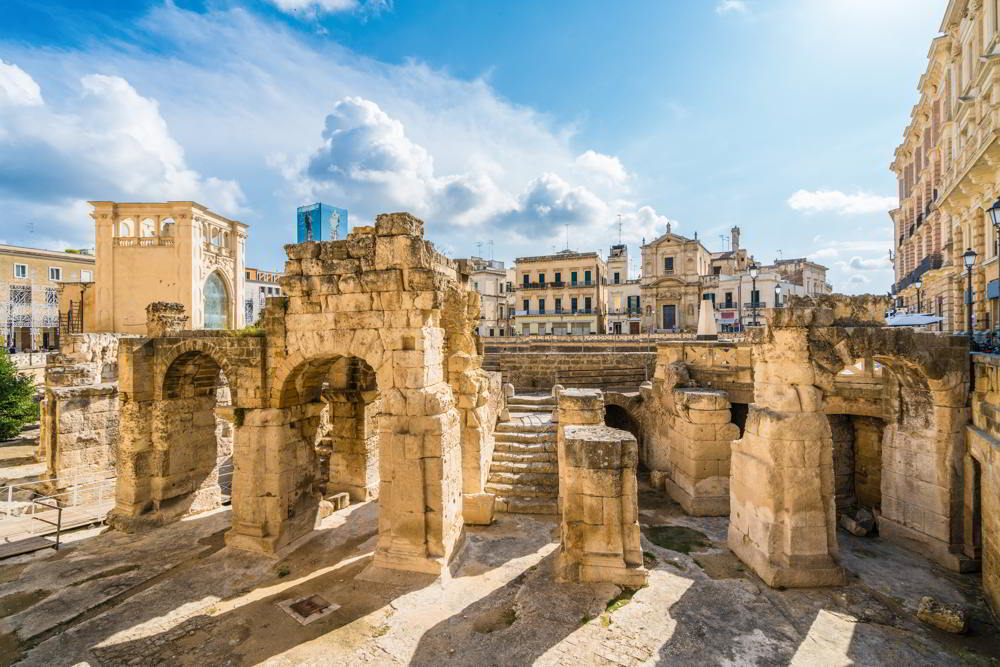 Lecce city centre is rich of monuments and historical monuments with an immeasurable artistic value.

The Roman Amphitheatre, realized in the II century a.d. stands out in the centre of the square Piazza Sant’Oronzo and it is the symbol of the splendour of the city of Lecce in the Roman period. On the walls of the building, there are illustrations of animals’ fights: it is believed that this was the kind of shows proposed in this arena.

Another monument you cannot miss in Lecce is very close to Piazza Sant’Oronzo, and it is the castle, Castello Carlo V, a huge and majestic fortress hosting nowadays many cultural events.

The city walls and the trench are remarkable, but also the three gates to the old town: Porta Napoli, Porta Rudiae and Porta San Biagio. 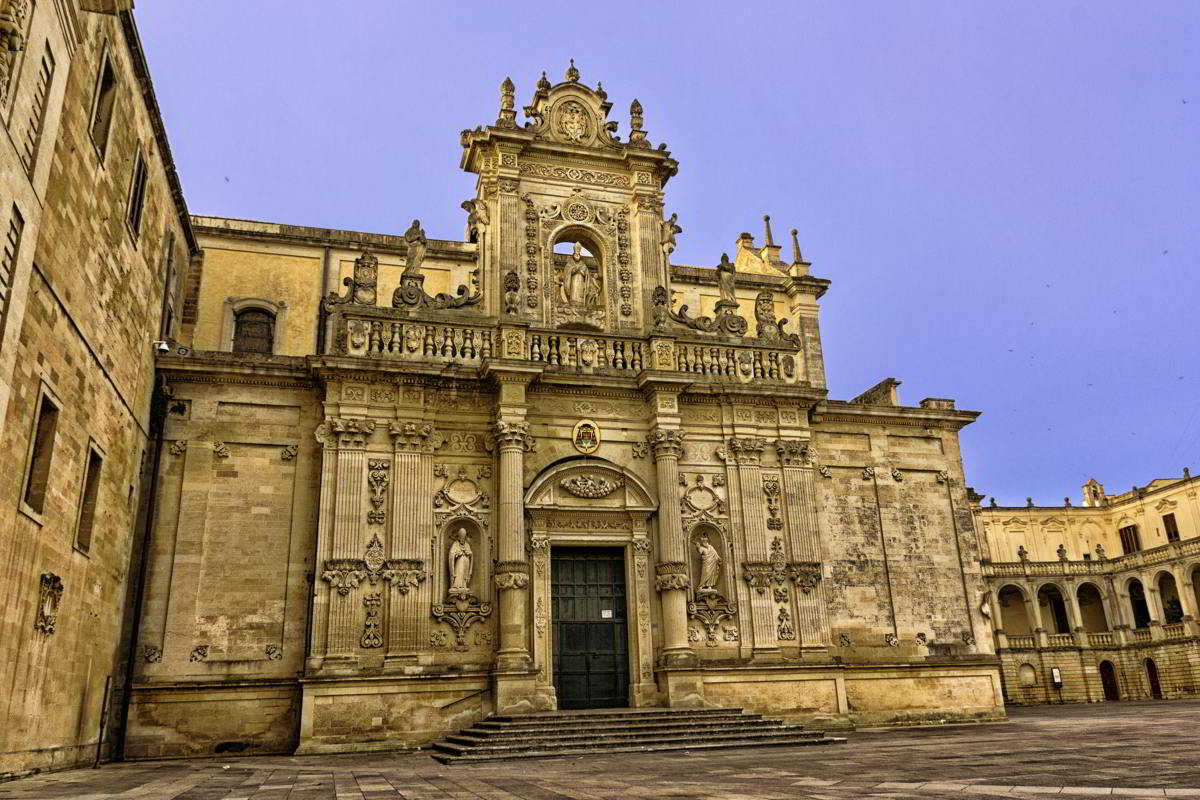 Tour of the churches

The religious buildings of the city of Lecce are the best to express the Baroque style, representative of the city, also known as the southern Florence.

The Basilica of Santa Croce is the most emblematic church which identifies this Baroque style typical of Lecce. Its construction was started in 1353 to be continued only two centuries later and achieved in 1699. Its richly decorated Baroque façade is well known all over the world. The presence of different styles mirrors in the numerous intervention realized over the centuries. The inner space is also worth a lot, because there are many different artworks like the Visitation of Mary, the Virgin with the Child, the Sacred Heart of Jesus and a wooden representation of the Holy Trinity.

The square of the Cathedral, Piazza Duomo, is a must: it is the city centre, which contains the cathedral, the Bell tower and two Palaces, Palazzo del Seminario and Palazzo del Vescovado. 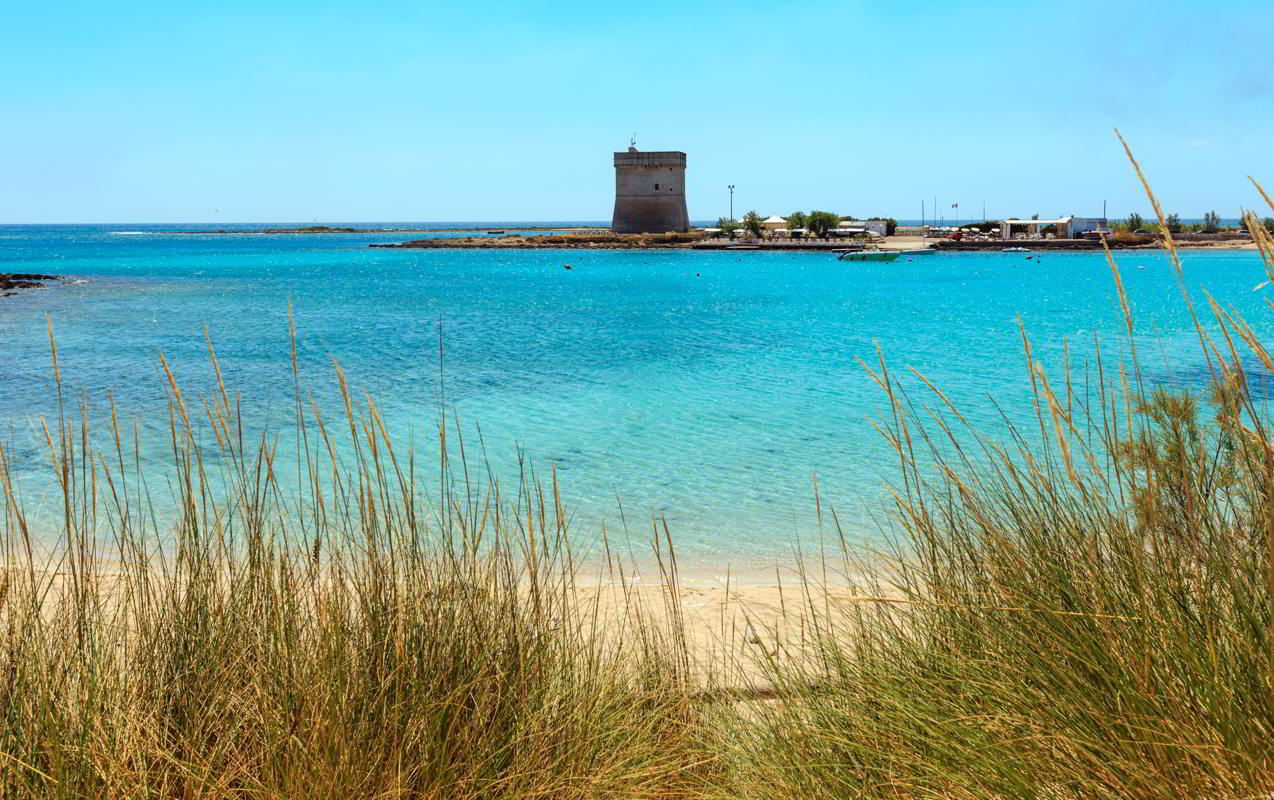 Naturalistic tour in the surroundings of Lecce

In the surroundings of the city, there are unique natural landscapes.

The Regional Park called Parco Regionale di Rauccio is a vast area of 625 hectares, an ideal destination for trekking and biking lovers.

There are 4 stops for hikers.

This natural reserve is composed by:

The visit to the towers Torre Chianca, Torre Rauccio and Torre Colombaia is also available.